Republica Media is a small organisation dedicated to documentary filmmaking and storytelling.

Writer and filmmaker David Campbell started his career as a newspaper journalist in London in the 80s after leaving his home in Northern Ireland.  From there he went on to become an award-winning copywriter, PR consultant and author. David started making his first short films in 2011, before directing his first feature documentary, The Indian Queen, in 2020. 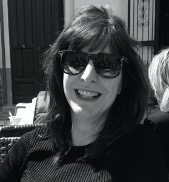 Former journalist and magazine editor Amanda Campbell is a storyteller first and foremost. Having started at her local newspaper, she then focused on motorsport for the BBC and the Guardian. She was also editor for several women’s magazines. She is a passionate researcher, deep-diving into the multiple threads of any storyline.